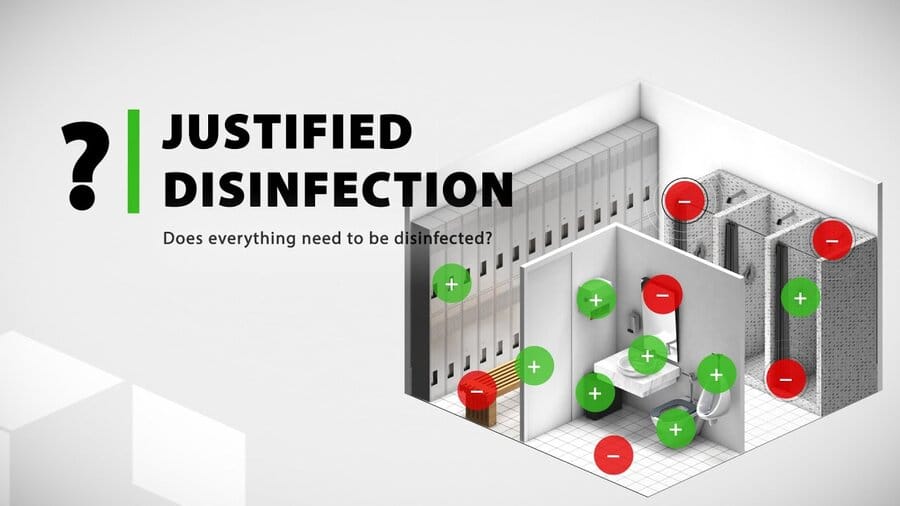 Justified Disinfection as a concept argues that effective and thorough cleaning with high-quality detergents across all non-critical touch surfaces is as effective, if not more so than the widespread use of disinfectants.

“Justified disinfection is the art of disinfecting only where and when it is useful and relevant to do so. It is the opposite of systematic or abusive disinfection.”

By removing dirt and sources of food for pathogens from a surface through rigorous cleaning, the microbial load on any surface can be brought to levels that are not considered harmful. The regular and widespread use of disinfectants does not provide a clean surface and can promote the development of resistant pathogens.

The process of disinfection aims to minimise the number of microorganisms on a surface and if correctly applied, can bring the benefits of reducing the risk of transmission of microbial diseases.

Therefore, they should be used only on critical high-frequency touch surfaces – door handles, keyboards, lift call buttons, handrails, taps, toilet flush handles/buttons, light switches, basically, anything that gets regularly touched should be disinfected. 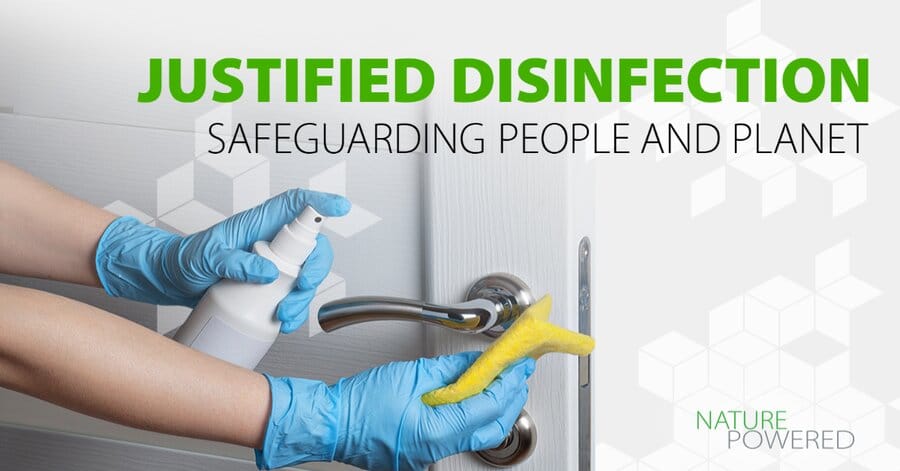 The question is how often should we be disinfecting these areas?

Disinfecting provides immediate but short-lived protection, as soon as a surface is touched again, it’s contaminated. This can happen within a few seconds, but studies have shown that the level of contamination can return to its original state from between 2.5 and 6 hours depending on the amount of time the surface is touched.

It is impractical to disinfect surfaces every time they are touched so the recommended disinfection frequency is once per day with dispensation given for more regular disinfecting in high traffic areas.

How do we effectively disinfect these areas?

Considering all the consequences and risks associated with the overuse of disinfectants, there is no valid reason and no advantage to justify constant disinfection of all surfaces. In most cases, a good surface cleaning procedure and schedule will provide an appropriate level of safety. 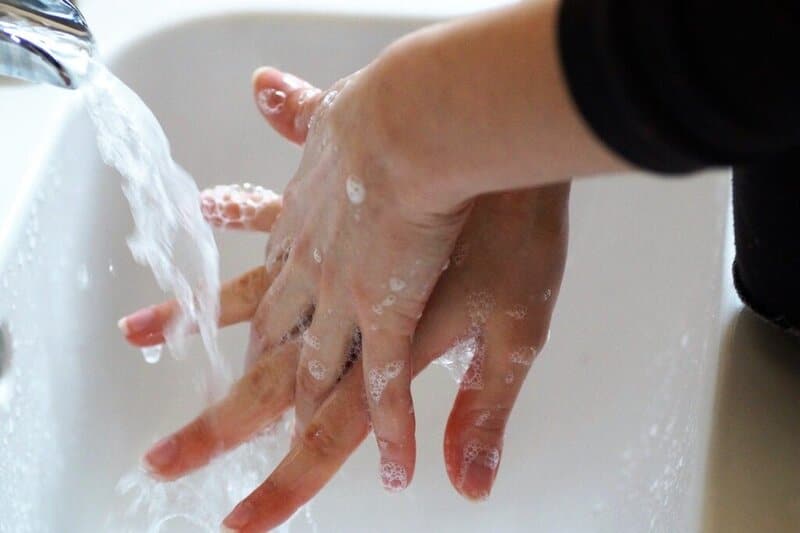 Remember the best possible protection against the spread of any infection is with personal hygiene, particularly hand hygiene. Meticulous and regular hand washing is critical to prevent or at least slow the contamination of any surfaces.

For more information on our cleaning services and the products that we use and can supply,

This website uses cookies to improve your experience while you navigate through the website. Out of these, the cookies that are categorized as necessary are stored on your browser as they are essential for the working of basic functionalities of the website. We also use third-party cookies that help us analyze and understand how you use this website. These cookies will be stored in your browser only with your consent. You also have the option to opt-out of these cookies. But opting out of some of these cookies may affect your browsing experience.
Necessary Always Enabled
Necessary cookies are absolutely essential for the website to function properly. This category only includes cookies that ensures basic functionalities and security features of the website. These cookies do not store any personal information.
Non-necessary
Any cookies that may not be particularly necessary for the website to function and is used specifically to collect user personal data via analytics, ads, other embedded contents are termed as non-necessary cookies. It is mandatory to procure user consent prior to running these cookies on your website.
SAVE & ACCEPT